Beyond Biomechanics: Exploring the Hormonal Benefits of the Chiropractic Adjustment. 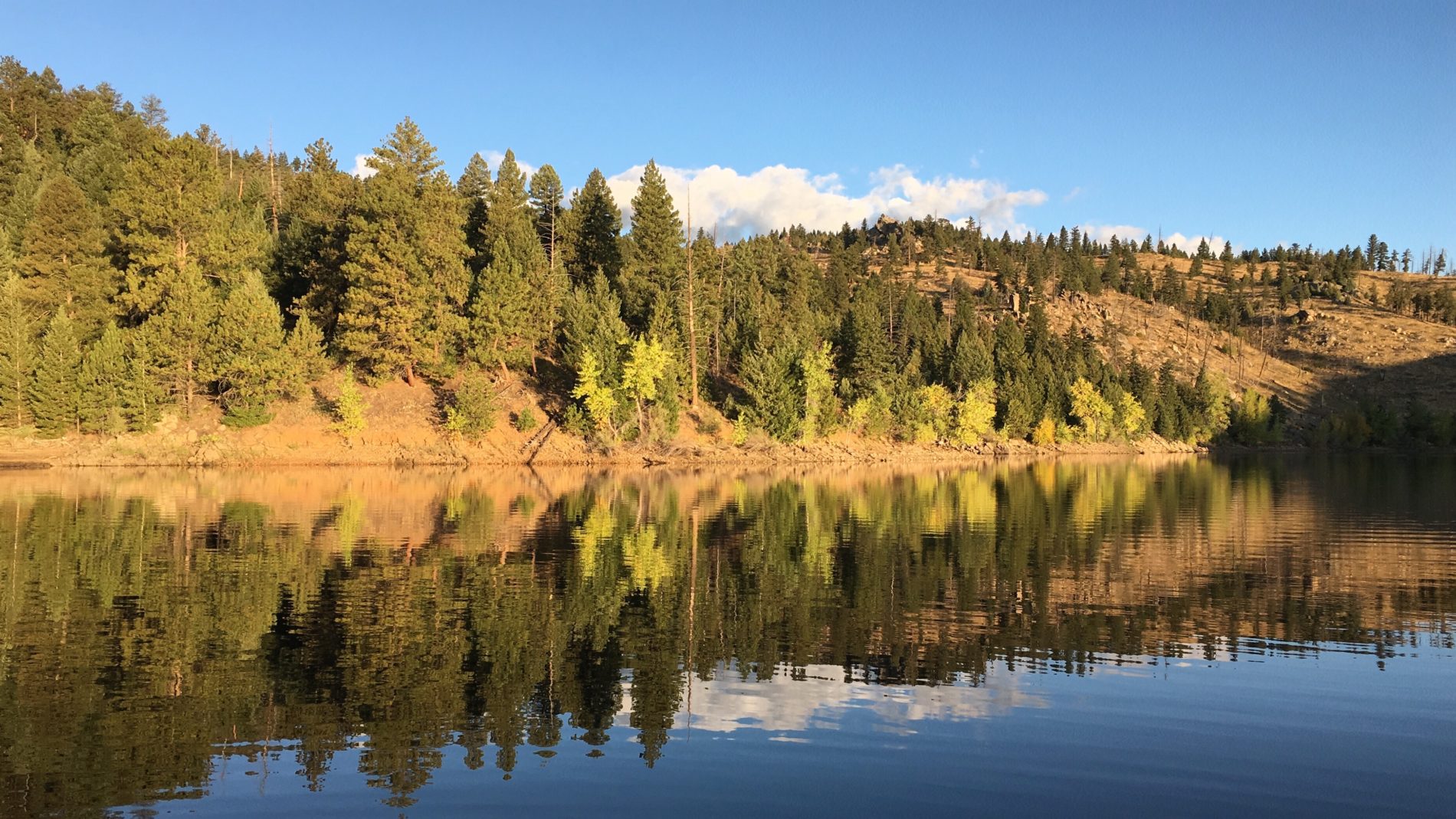 Beyond Biomechanics: Exploring the Hormonal Benefits of the Chiropractic Adjustment.

The topics covered in this blog post are inspired by two lectures given at the 2019 Colorado Chiropractic Association (CCA) convention. The first is a lecture given by Dr. John Minardi, DC on 10/26/2019 and was titled ‘The Power of Chiropractic.’  The second is a lecture given by Dr. Monique Andrews, MS, DC, DNM on 10/25/2019 and was titled ‘A Potential Role for Chiropractic in the Neurobiology of Autism.’

How chiropractic adjustments affect your brain.

First, it’s important to explain that the chiropractic adjustment does not only affect the joints of the spine and extremities, but also the brain.  When a joint is adjusted, special nerve receptors embedded in the joint capsule called mechanoreceptors are activated and fire signals to the brain.  These signals are received and integrated by the brain, and the brain’s activity is noticeably changed in response to the sensory input from the adjustment.  Studies have shown increased glucose uptake (a marker for metabolic brain tissue activity) in the frontal lobe of the brain following an adjustment (Inima et al, 2017).  The frontal lobe of the brain is responsible for executive functions such as decision making, personality and emotional expression, problem solving, and also controls our ability to communicate and connect with others.  This may explain why chiropractic is an excellent, yet underutilized, adjunct therapy for children dealing with autism.

When an adjustment is performed and mechanics in the spine improve, signals are sent to the brain conveying the new, corrected position and/ or motion of the vertebrae in the spine.  The brain accepts and integrates these signals, producing an output signal that will have far reaching effects in the body. When joints are aligned and moving properly in the spine, the brain produces signals to the body that promote health and decrease inflammation.  When joints are not aligned and are not moving properly, the brain produces signals that decrease health and increase inflammation.

How the brain functions after an adjustment.

Now that we know adjustments affect the brain, let’s talk about the positive changes that occur in the brain after an adjustment.  The hypothalamus is a small region located at the base of the brain near the pituitary gland. The hypothalamus is important for the regulation of body temperature and other homeostatic systems such as hunger, thirst, sleep, and circadian rhythm.  The most important role of the hypothalamus is the linkage of the neurologic system to the hormonal or ‘endocrine’ system via the pituitary gland. The hypothalamus receives sensory information from the body, and produces ‘neurohormones’ that activate or inhibit the release of hormones from the pituitary gland.  When we adjust the spine we improve the quality of sensory information that is sent to the hypothalamus. Here is where the magic happens. As I previously described, when you are adjusted, small nerve endings in the joints called mechanoreceptors are activated and send signals to the brain. These signals provide your brain with valuable information about where the body lies in space, the structure and integrity of your spinal column, and can even block or mask pain signals being sent to the brain by other sensory nerve endings!  Adjustments positively affect the brain and nervous system, improving the quality of sensory information sent to the hypothalamus. The end result is an improvement in the quality of hormonal release that is governed by the hypothalamus.

How the brain functions when things are off-balance.

Spinal malposition and/ or decreased joint range of motion is perceived as a stressor by the brain. The brain sits on top of the spine and thus relies on the spine for its structural stability.  Imagine you were trying to replace a light bulb, but did not have a ladder. You need to get the job done, so you decide to stack boxes on each other for you to climb until you can reach the light bulb.  After stacking the boxes, imagine that one of these boxes is rotated and has slid out of alignment compared to the other boxes. How confident do you feel about climbing the boxes to change the light bulb now?  I’m guessing you’d be a little more nervous and stressed standing at the top of the boxes. In this metaphor, the boxes are your spinal vertebrae and the person standing on top of the boxes is your brain! If the boxes are not in proper alignment, you will perceive standing on top of the boxes as danger and your stress hormones will dominate.  The body acts in the same way. When the brain does not sense healthy alignment of your spine, poor information is sent to the brain and stress hormones are released.

When the brain is stressed, hormones such as cortisol and norepinephrine dominate.  These are the hormones released in the body’s ‘fight or flight’ response and are very useful in situations where the body needs to respond to a threat to survival.  These hormones increase heart rate and breathing, shunt blood to the heart and skeletal muscles and away from the digestive and reproductive organs, dilate the pupils, and cause metabolic changes that increase energy delivery to skeletal muscles.  The problem is that in modern society many individuals are in a chronic state of stress, and thus their ‘fight or flight’ system is always on. Hormones such as cortisol and norepinephrine are essential to life, however the constant presence of them in our bloodstream due to a stressed state is highly damaging.  Improper cortisol release timing is one of the main implications for weight gain and an inability to control cravings for sugar and highly processed foods.

By decreasing the stress response to the brain, adjustments decrease the amount of cortisol released by the adrenal cortex via the pituitary gland.  Inappropriate cortisol release wreaks havoc on the endocrine system. Hormones such as testosterone, estrogen, dopamine, and serotonin are all measured at lower levels when cortisol is too high.  Testosterone is often singled out as important for male sex drive and energy, and while this is true, research also suggests that men with higher levels of testosterone show more compassion and are more loving to their partners.  When cortisol levels are high, testosterone levels plummet. Estrogen is highly important for bone formation in women and also for achieving and maintaining pregnancy. Cortisol kills off estrogen and progesterone, another important hormone for maintaining pregnancy.

Dopamine is our anticipation hormone.  It governs the motivational component of reward-motivated behavior.  Dopamine fuels the anticipation of a future reward. Dopamine is released when we are particularly excited for an upcoming event, i.e. seeing a loved one, going on a long anticipated vacation, etc.  Dopamine is also released when we are particularly anxious for an upcoming event. Proper cortisol and norepinephrine levels are necessary to maintain balance in the dopamine system. When cortisol and norepinephrine are high, due to stress on the brain, dopamine release goes awry and can cause depression, thrill seeking, unhappiness, decreased immune function, excessive worrying and bickering.

Serotonin is the body’s satisfaction hormone.  It governs happiness, satisfaction, and fulfillment in life.  Serotonin is even boosted when in the presence of a particularly friendly or happy person.  Excessive cortisol decreases the amount of serotonin and can contribute to depression and chronic pain syndromes such as fibromyalgia.

Excessive cortisol and norepinephrine throw the entire endocrine system out of whack.  Cortisol will decrease sex defining hormones such as testosterone and estrogen, dampen the effect of dopamine, our motivation-reward hormone, and serotonin, our happiness hormone.  The good news? Chiropractic adjustments and other forms of manual therapies decrease the amount of cortisol and epinephrine released by the adrenal cortex and medulla via the brain and thus increases the levels of all these highly necessary and beneficial hormones. As a result, many of my patients report improvements in breathing, energy, digestion, and sleep following a chiropractic adjustment.  Even if you are not in pain, regular chiropractic adjustments are highly beneficial for your health and should be received at least once monthly. By getting assessed at least once a month you are ensuring the health of the joints in your spine and extremities, and drastically decrease the risk of future injuries, and the need for costly orthopedic surgeries.

5 simple exercises to prepare your body for ski season
What is the Sound Made During a Chiropractic Adjustment?
How Often Should I Get Adjusted?
The Dangers of Self Adjusting