My least favorite exercise – the clamshell

My least favorite exercise – the clamshell

The most common hip exercise I see prescribed to patients for hip pain is the ‘clamshell’.  The clamshell exercise, shown in the picture below, is commonly used to increase the strength of the gluteus medius muscle with the goal of improving hip stability. The clamshell is prescribed for conditions such as hip impingement, low back pain, or knee pain, and is commonly used to strengthen the glutes during post surgical knee rehabilitation programs. While the clamshell targets the gluteus medius muscle, one of our main stabilizers of the hip, there are functional limitations to the exercise which can cause adverse effects on a patient’s movement patterns and overall function of the lower extremity. 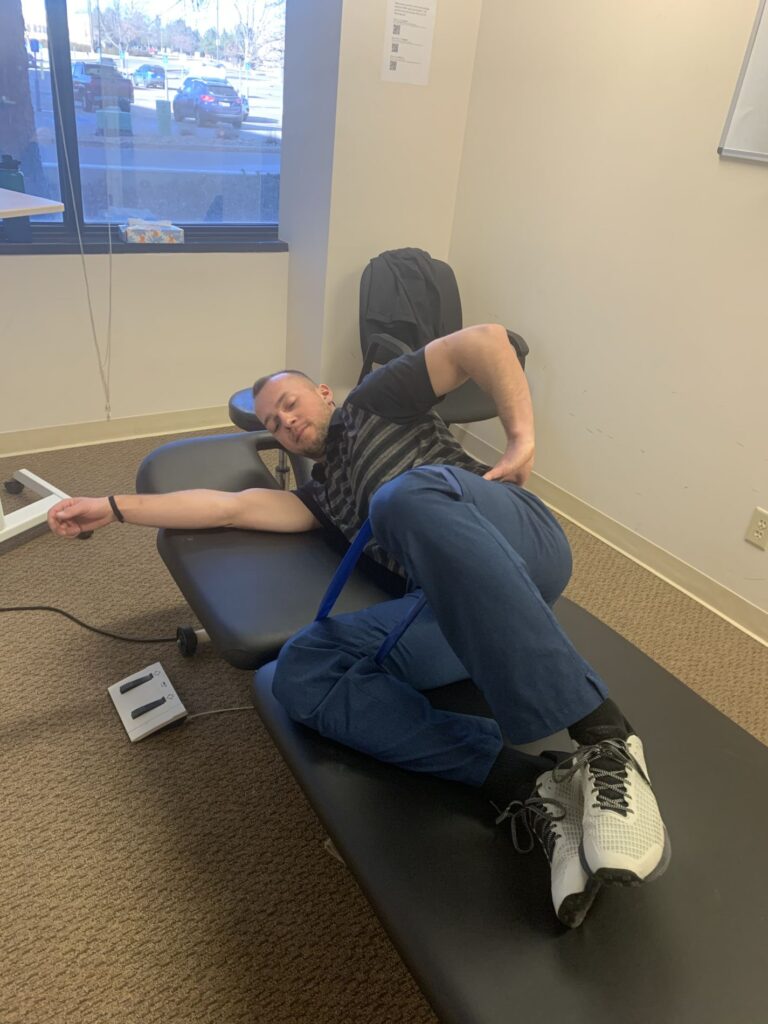 The issue with the clamshell exercise is it is a repetitive concentric exercise. A band is used around the knees to create resistance of the top leg moving into abduction (leg moves away from body). The gluteus medius is a primary hip abductor, and is thus contracted when the patient separates the top knee away from the bottom against the band’s resistance.  A ‘concentric’ muscle contraction refers to a contraction where the muscle shortens as it contracts. This is in contrast to an ‘isometric’ contraction where muscle length does not change during contraction, and also an ‘eccentric’ contraction where the muscle contracts while lengthening. The problem with only training the concentric phase of muscle contraction is over time the muscle fibers will become short and tight. Remember, muscle fibers are shortening during a concentric contraction, and doing so repeatedly will cause a gradual tightening of the muscle.  A short and tight muscle often equals a weak muscle and weakness in the gluteus medius muscle puts your low back, hips, and knees at risk for injury.  Muscle function should be a coordinated blend of isometric, concentric, and eccentric contraction to maintain proper muscle function and physiology.

To determine if you have a short and tight gluteus medius not functioning properly, look for a ‘gluteal hollow’ – a concavity easily visualized on the outside portion of the glute complex.  While some believe hollow hips to be aesthetic, they indicate poor function and stability of the hip. Ideally, the glute complex should be full and round with no hollowing.  Notice the hollowing in the hips of the bodybuilder below.  The athlete is overdeveloped in the gluteus maximus muscle and underdeveloped in the gluteus medius and gluteus minimus muscle.  Despite having an impressive muscular build, the function and stability of this athlete’s hips are suspect.  Contrast the bodybuilder’s hips with the athlete on the right.  The football player on the right has a round and full shape throughout the entirety of the glute with little to no hollowing in the outer aspect of the hip.  The football player has strong and stable hips in all planes of motion allowing him to jump, change direction, and accelerate effectively. 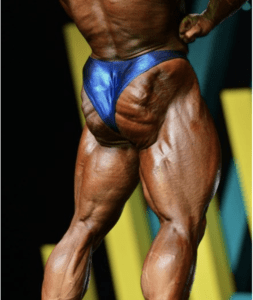 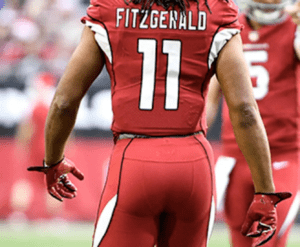 What to do instead –  the DNS 7 month hip lift exercise

If your goal is to strengthen the gluteus medius muscle and improve hip stability in all planes of motion, the Dynamic Neuromuscular Stabilization (DNS) 7 month hip exercise is your go to movement.  The DNS 7 month hip exercise linked here, is a movement pattern based on the 7 month developmental pattern as outlined by the Prague School of Rehabilitation. The 7 month hip lift is a transitional movement from a side sitting position into a quadruped position, and it incorporates all 3 phases of muscle contraction for the gluteus medius muscle.

To perform, lay on one side with your hip flexed to just below 90 degrees. Initiate the movement by rotating your pelvis forward on top of the bottom leg. Doing so will lengthen the gluteus medius on the bottom side and you may even feel a stretch in the hip. Once the pelvis is fully closed down on top of the bottom leg, load weight into the bottom knee and use your strength to lift your hip off of the ground. You should feel the muscle contract on the outer portion of the bottom hip (gluteus medius).  Hold at the top for 2-3 seconds and then slowly lower down to the ground. Focus on slow and controlled raising and lowering of the hip, which forces your body to coordinate isometric, concentric and eccentric contractions – closely replicating the demands placed on the gluteus medius muscle during sport and everyday life. Start with 3 sets of 6 reps for this exercise. Expect to be sore in the outer hip as this exercise is challenging and forces the gluteus medius to function in ways it may not have for a while.

Check out his bio here.

Why does my hip pop?
My Least Favorite Exercise – The Quadricep Knee Extension
You were in a motor vehicle accident (MVA) – now what?
5 simple exercises to prepare your body for ski season